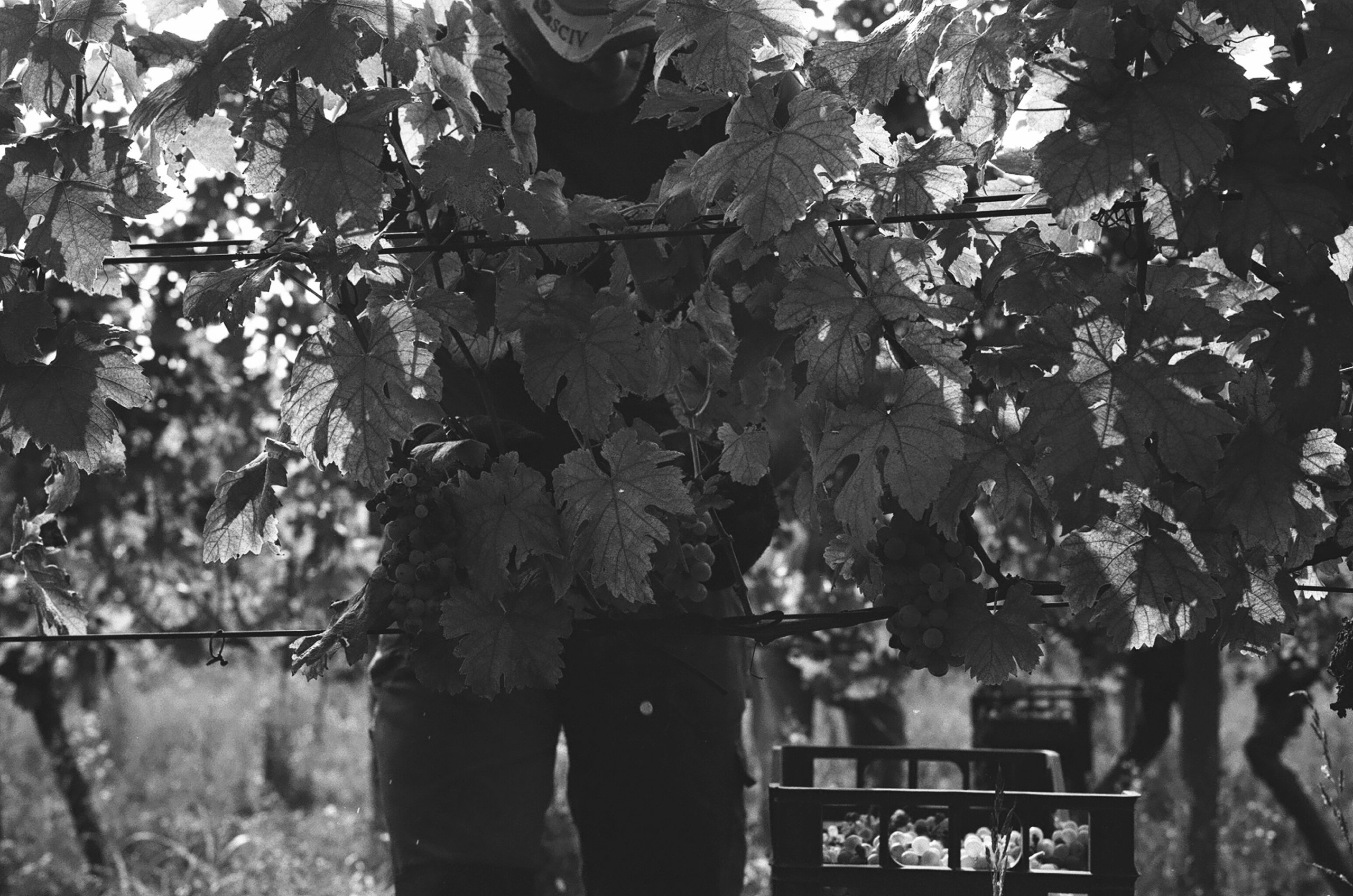 The Cornarea Wine Producing company is located within the territories of Canale, a town in the heart of the Roero, small hilly region that borders with the Langhe area.
Since ancient times it has been a wine producing territory. Cornarea owes its name to the hill where its vineyards are to be found and that has been known with this name since the year 1000: on its top, the unmistakable Villa can be seen, built at the beginning of the last century by the then Canale Mayor Mr Eugenio Grillone. It towers over the 15 hectares of vineyards that entirely belong to the company.

La Cornarea is a family business founded by Rapetti Francesca and her husband Bovone Giampiero. The owners now are Gian Nicola Bovone, oenologist and the brother Pierfranco Bovone who deals with sales and public relations. The company’s history is closely related to that of Roero Arneis, a rare white wine, whose grapes have been cultivated and vinificated since the 1400, exclusively in the Roero Area.
At the beginning of the 70s, the Arneis grapes had almost completely disappeared. Just a few plants survived within the Nebbiolo and Barbera rows.
This is due to the fact that the Arneis, a white wine with unique characteristics like a harmonic and full body and low acidity, requires a specific vinification technology, including the fermentation temperature check through fridges that before the 70s did not exist. In the Piedmontese dialect, the name Arneis means “lively child” and this really demonstrates how difficult it was for farmers to tame the rebel character of this wine.
At the beginning of the 70s, Cornarea was the first company who believed in this white wine and decided to invest in order to rescue it from disappearing; this is why they planted 12 hectares of Arneis vineyards on the Cornarea hill, with a perfect exposure to the sun. Within few years, this very special wine became much appreciated, first in Italy and then abroad, thereafter many Roero producers have followed the Cornarea example.
In 1989, Arneis grapes were even more expensive than the Nebbiolo grapes for Barolo wine. Arneis wine received the Denomination of Controlled Origin (d.o.c.) and added “Roero” to its name in order to indicate its origin: so the Roero Arneis doc was born. In 2005 it was definitely included in the gotha of wines: Roero Arneis received the d.o.c.g. denomination.
The red wine variety par exellence in the Roero area is Nebbiolo.
Cornarea produces two wines with Nebbiolo grapes: Nebbiolo d’Alba and Roero docg. Roero wine differentiates from Barolo and Barabaresco, both produced with Nebbiolo grapes in the nearby area of the Langhe Hills, because the soil of the Roero Hills produces a different Nebbiolo, characterized by more fruity flavours and a less tannic taste. In 2005, together with Roero Arneis, also the Rosso Roero received the d.o.c.g. denomination, following the path of its forerunners Barolo and Barbaresco.

The birth of Tarasco

A gem which was born from forgetfulness is the Tarasco wine, a straw wine made from Arneis grapes. It was born in 1982 from the grapes of three rows actually located at the top of the Cornarea hill; they had not been picked during the grapes harvest in order to allow the famous journalist Veronelli to see them, since they were very difficult to find. Due to work commitments, the journalist could not come. In the meanwhile, being forgotten during the busy, harvesting days, those grapes had surprisingly developed Botritis Cinerea.

When, towards the end of October, the oenologist Piero Bovone remembered about those three rows imagining that the grapes, by then, would be impossible to use, he was surprised to see on the raisins, the so called “noble mould”. This mould provokes the raisins dehydration through the modification of the chemical composition of the grapes skin that from water resistant becomes permeable. It makes the grapes the ideal place for a parasite, as it was discovered with Sauterne wine. It was interesting to experiment with Arneis grapes a different vinification in order to create the Passito Arneis, fermented in a used barrique or barrel.
The following year journalist Cesare Pillon and the owner of the Historic Cellar Cotti in Milan came to visit Cornarea, got curious and asked to try the passito wine from that barrique.
Thanks to their enthusiastic evaluation, (to the point that Mr Cotti bought the whole barrique and asked for the wine to be bottled with his own label and called “Passarneis”), it was decided to continue to make that type of vinification. The following year, from the same grape rows and using the same barrique, Tarasco was produced.
Nowadays it is always from the rows at the top of the Cornarea hill that the grapes for Tarasco are picked; having had the experience of how changeable the October weather can be, we tend to pick the grapes not later than mid-October, then we put it in open wooden crates to continue ripening until December. We still refine the wine in used barriques where the wine rests for 48 months. 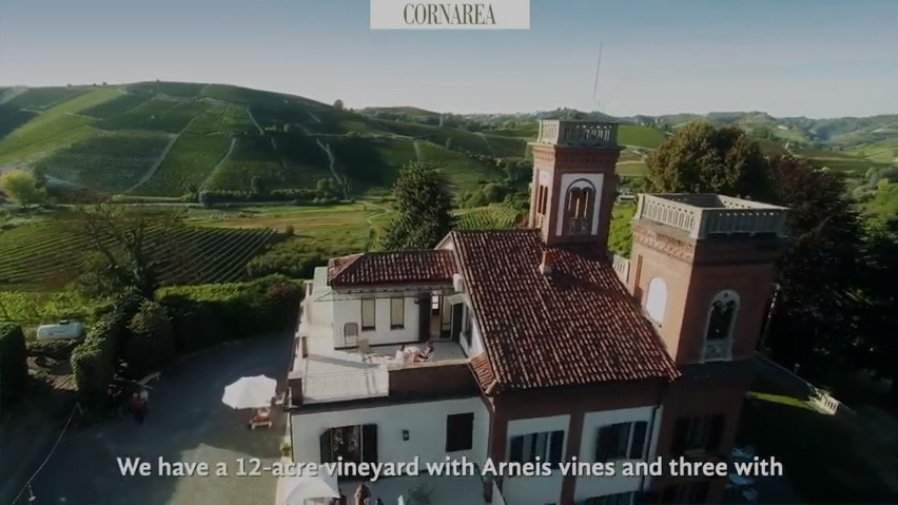 Watch the video Our history 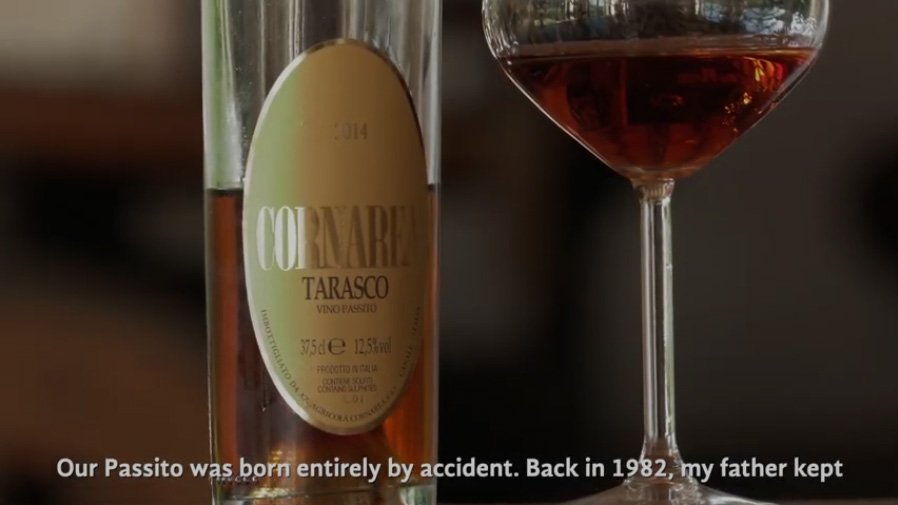