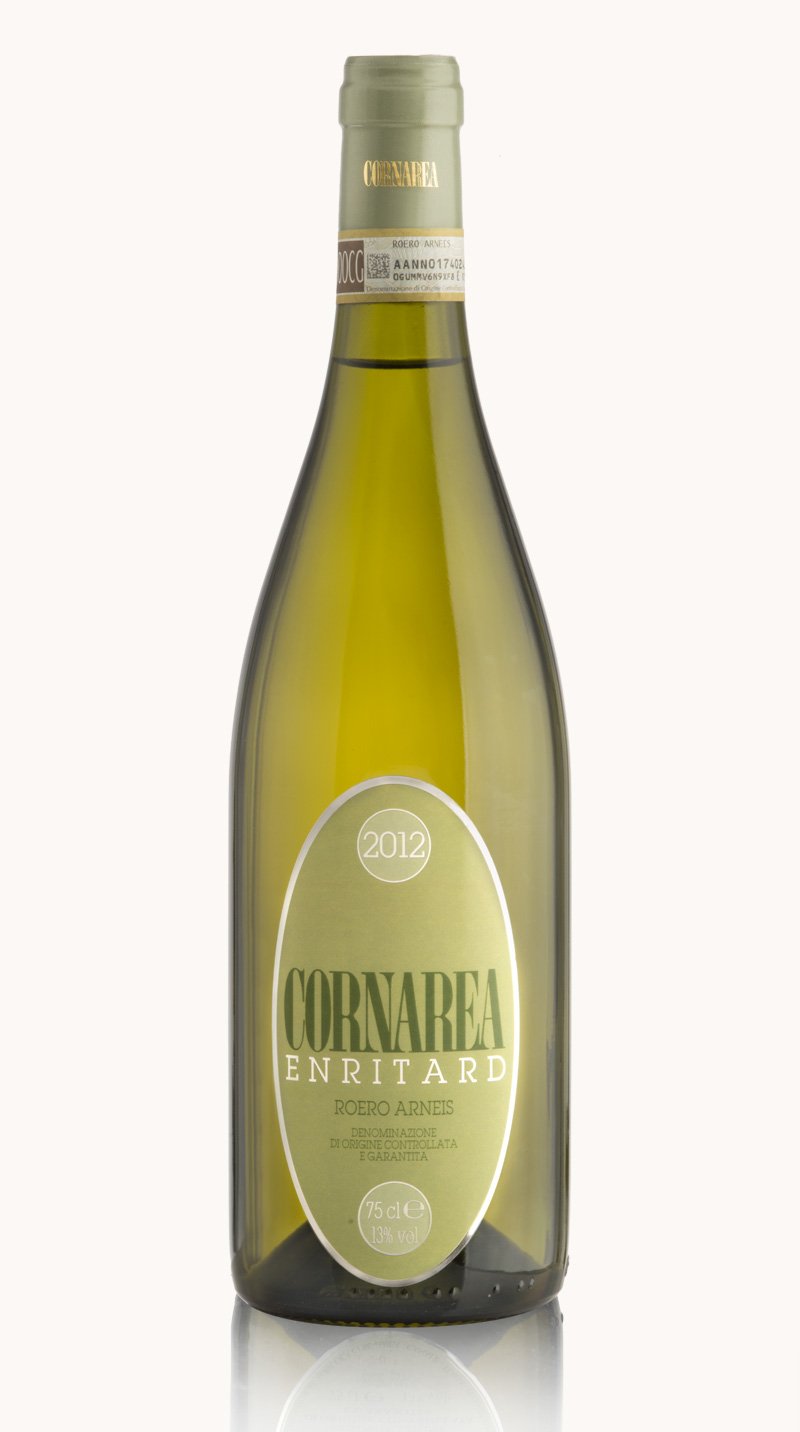 Produced with 100% Arneis grapes from the historical vineyards on the hill of Cornarea. The Roero Arneis Enritard is a wine born from the idea of trying to get the public used to drinking a young Roero Arneis, the complexity that the Roero Arneis Cornarea takes on with aging.

(Until now it was only possible to taste the rare bottles preserved in the Cornarea winery, including a long-lived historical year like 1983!)

This is how Enritard gets its name, indicating a “late” bottling: the wine improves in the steel tanks for two years before being bottled. The permanence of the yeast of Enritard is six months, for the rest of the source vineyards the methods of wine-making don’t change from those of the “classic” Roero Arneis Cornarea.

The Roero Arneis Enritard, produced during the best years, in approximately 3,000 bottles, exudes an important fruit, in particular yellow peach and pear, but the pronounced mineral smell and taste derives from the terrior rich in Magnesium (in this case the mineral is more like the smell of stone heated in the sun than hydrocarbon, a typical mineral smell in Riesling).

The 24-month aging in steels keeps the complexity of the wine near a greater freshness and drinkability compared to aging in barriques. Enritard can be matched with, naturally, fish, and some second courses, such as grilled meat, as well as medium-aged cheeses.